Create a New Kind of Revolution 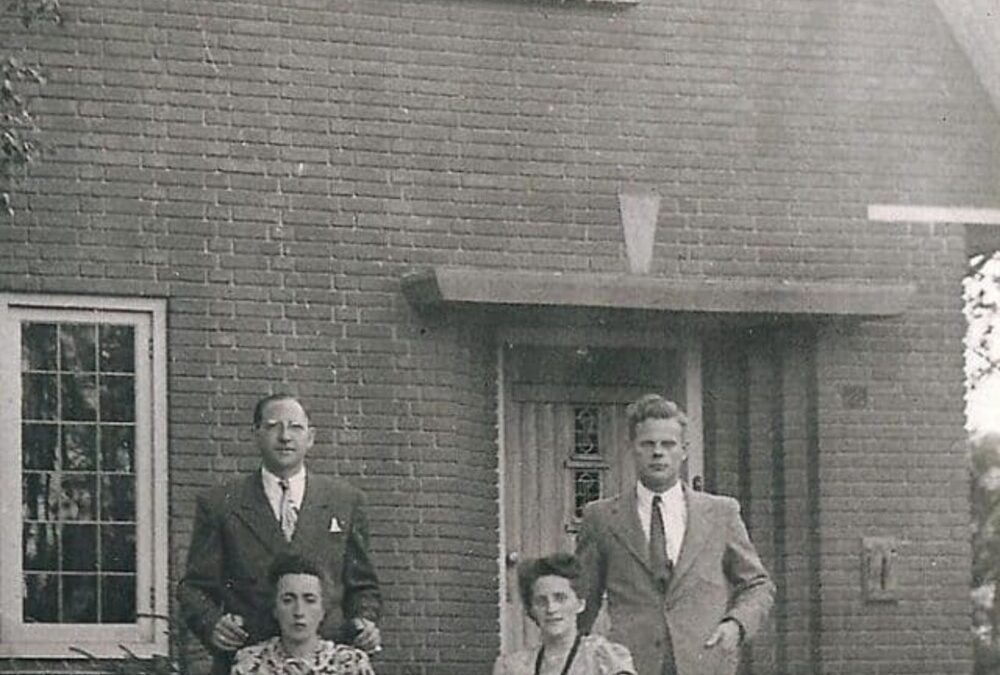 My mother’s father was a part of the Dutch resistance movement during WWII. He risked his life, the life of his wife and two young children to hide a Jewish family in his home. A family he did not know – strangers – and a family who held beliefs that opposed his own as he was a Christian.

Yet, human life was more important than religious beliefs. He risked his life for strangers with different beliefs.

Today, I see people shooting and beating people who hold opposing political beliefs. It appears that human life does not matter unless you support their political views. It is not a crime to support a political party – this is not Mao’s China, Franco’s Spain, Stalin’s Soviet Union, Pinochet’s Chile, or Hitler’s Germany – though it is beginning to look like it as videos emerge of people going up to diners and “ordering” them to put their fist in the air.

That is not freedom of expression. You do not get to force your beliefs on others, nor kill or beat them for holding opposing beliefs. That is called fascism. Many of the violent protesters claim to be anti-fascist, which I find ironic as one of the tenets of fascism is the forcible suppression of opposition. And antifa has claimed and demonstrated its willingness to fight and kill anyone who opposes them. Funny how they call themselves anti-fascist, yet engage in the very actions they purport to be against.

Many people are afraid to voice their views.

I have had several friends, black and white, who have told me they are afraid to say they don’t support blm. I have seen businesses, educational institutions, and government agencies bowing down to blm for fear of being called racist for not supporting a socialist, anti-family, pro-violence, Marxist organization. People fear getting fired from their jobs, students fear losing their scholarships, businesses fear losing patrons – this is reminiscent of living under a totalitarian regime.

Not supporting blm is not racist. Shaming people and calling people racist for not supporting an organization that has done more damage than good for the community it says matters is.

I support the black community and know, with absolute conviction, it is made up of strong, resilient, resourceful, and intelligent individuals who don’t need government hand-outs, lowered standards, or pity.

I do not support an organization that purports that black lives matter while advocating for actions that destroy black communities in the form of the destruction of families and leaders who support socialism and marxist ideals.

I do not support a candidate who claims that the violence should continue instead of condemning violence and seeking solutions. The endorsement of violence supports continued killings of innocent people, destruction of property, destruction of many businesses’ and in turn, many business owners’ livelihoods, business owners who were already facing economic challenges due to covid, creating cities of violence instead of communities where its citizens can feel safe.

I used to be a Democrat until I saw how many of the party’s policies and how many of the party’s leaders viewed their constituents promoted victim mentality. I’ve written before about being a bleeding heart activist until I woke up and the damage the liberal ideologies I had been indoctrinated under created. Viewing people as helpless, perpetuating dependence on the government for success, and seeing people as less competent and therefore in need of lowered standards and government handouts does not support the best in people. It is counter to everything I believe and know to be true about human beings.

Pitying people does not inspire people to change nor does fostering codependency, lowering your expectations of them, or pinning their success on sources outside of themselves.

Believing in each person, promoting personal responsibility, high standards, and strong morals, and offering support to individuals as they continue to rise does.

Freedom of expression gives people the opportunity to share their beliefs, to engage in civilized dialogue with those who have opposing beliefs, and agree to disagree. It is not about proving one right and the other wrong. It is about being curious and seeking to understand why they believe what they believe without an agenda.

We are all human beings navigating these tumultuous times the best we can.

We will make mistakes. We are not perfect. If we can extend grace instead of judgment to each other, maybe we can remember, we are all human beings. We are not that different, no matter what our political or religious beliefs or professions.

Most people want to live a life free from the threat of violence, a life with the opportunity to create a better future for their children and grandchildren, to engage in meaningful work, to trust their neighbors, to support their community, to be a part of creating a more just, equal, peaceful, and prosperous world.

We cannot let fear and intimidation win, ever.

To continue in my grandfather’s footsteps –

I will not be silent.

I will not be silenced.

I will not fear.

I will uphold the values and beliefs I hold close.

The value of personal responsibility and the belief in every human being to overcome seemingly insurmountable obstacles.

It is time for us to come together as a nation built on personal responsibility, integrity, and the power to change one’s circumstances.

I support creating a national community that respects and values life, promotes unity, harmony, peace, and prosperity for all.

A black colleague of mine, who is also an educator, and, whose political views differ from mine,  and I are starting a podcast to open up the dialogue on race and discussions around the idea that it isn’t about race to begin with. If you have felt you have no one to talk to about what’s going on, join us. We will share a dialogue each week on different topics from different perspectives and share the sources of our information so you can continue, or begin, your own research on the topics we discuss.

The podcast is called, I Need To Talk To Someone – Conversations on Race (it’s not about race) and Everything in Between.

Here is some information I have found helpful in my educational journey:

A Nation of Victims by Charles Sykes

Family Formation and Poverty: A History of Academic Inquiry and Its Major Findings

Uncle Tom | An Oral History of the American Black Conservative

The Cult of Victimhood

Facts over Slogans – Solutions over Anarchy

The Empirical Problems with Systemic Racism –

The Larry Elder Show – The Sage from South Central

The Myth of the Stolen Country

Identity politics and the Marxist lie of white privilege

Reflections on race, riots, and police

“How To Be An Antiracist” is Anti-Intellectual