When you see yourself differently, you become limitless 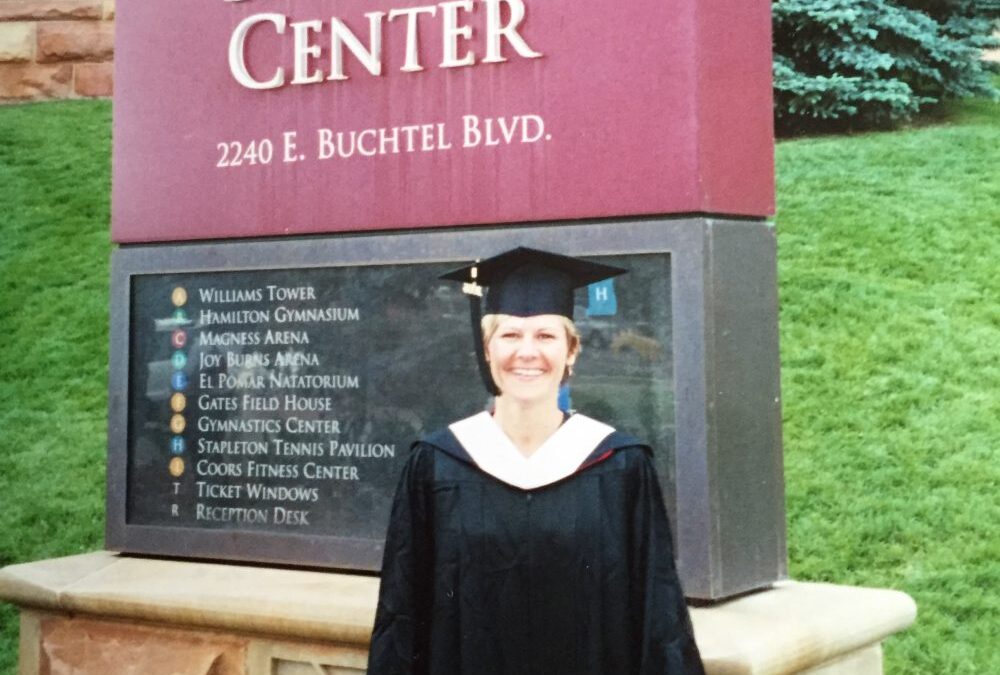 What is the story you are telling that is keeping you stuck?

Humans are storytellers. We tell ourselves stories all day every day.

Sometimes these stories are made up in order to make us feel better. Sometimes they are designed to keep us safe. Often, they limit what we are capable of.

I used to have a whole story about the University of Denver. When I was in high school, it was seen as the school for the rich. I wasn’t rich so I never considered it an option for me. I pursued the more economical colleges and scholarships, ROTC, and military academies.

When I decided I wanted to go to graduate school, the University of Denver was one of three schools that offered what I wanted to study. I still thought it was out of my reach, that I didn’t belong there, that it wasn’t a school for people like me. The buildings and grounds were impressive and looked expensive with their copper roofs. Surely this is only for the elite, I told myself.

The more research I did, however, the more DU became appealing. I made an appointment to meet with one of the professors in the program I wanted to pursue. I discovered she was like me. She didn’t come from a wealthy family. She had a strong desire to make a difference in the world and she believed one of the best places to begin was right where you were. I slowly started to see myself as a student there. When I was accepted into the program, I still had some reservations. Once I went to my first few classes, it changed. The professors were amazing. They were brilliant and personable. They cared deeply about their work and their students. I started to feel more comfortable on campus – like I even belonged there.

Five years later, I applied to teach a course as an adjunct professor there. Now as I walk around campus, I don’t see myself as an outsider but as a changemaker. Change must begin within. I learned to see myself differently and to allow myself to be open to new opportunities and experiences, no matter how far out of reach they may seem.

It wasn’t only DU that I put on my list of off-limit places. I used to do the same with nicer restaurants. “I can’t go there. I don’t belong there.” I told myself.

A few years ago, I challenged myself to go to one of the nicest hotels in town. I sat at the bar alone. I ordered an expensive cocktail and let myself belong there, even if it was for that short period of time.

It’s just a place. I’m just a person. I don’t have to let my old story have power over me.

We often take ourselves out of the game before we’ve even played the game. Why? Because we have created some story that we aren’t good enough; we don’t have the right education, training, connections, clothes, social status, confidence, body, you name it.

What if, instead, you gave yourself permission to belong wherever you are simply because you believe in you (even if it’s just for a moment)? Belonging ultimately comes from within – a sense of being ok in the skin you’re in no matter where you may be.

Where are you limiting what is available to you? This could be an experience, a place, a relationship, a training, a job, etc.? What part of your old identity and story could you let go of?

Who is the person who doesn’t limit themselves? What does she look like? What does he feel? What actions do they take? Where do they spend time? What places do they frequent? Who do they surround themselves with?

What can you do TODAY to step into that person? (That person is YOU.)

You can write a new story, right here, right now.

I’d love to hear from you. What did you do that challenged your old self and allowed you to step into the powerful version of you?

P.S. Are you ready to write a new story of your life and business? Book your strategy session with me and let’s begin!