How stories, surrender, and self-acceptance lead you to success 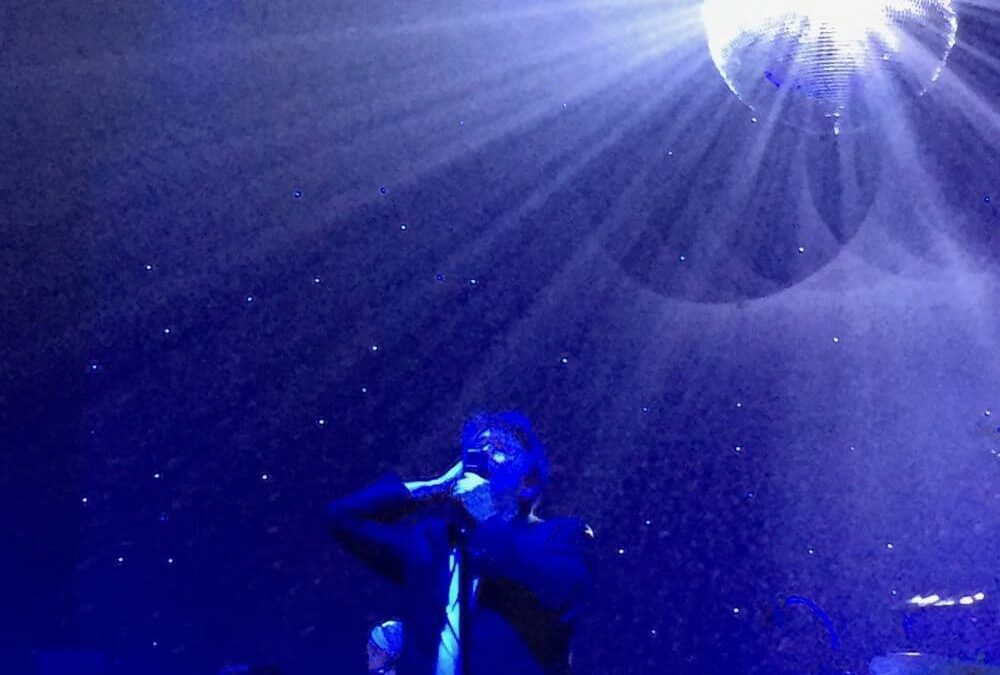 Stories have the power to move us, inspire us, and capture us. When you shift your focus to one of curiosity and surrender, you can start to change your story.

Let me share a story about one of my favorite musicians to show you how he did it.

On Saturday night, I had the opportunity to see one of my favorite bands, LCD Soundsystem, perform in concert. Their music is raw and refined, their lyrics are real, their love of music is contagious.

What I love about LCD Soundsystem is the band’s frontman, James Murphy. His band has had tremendous success, which is a career that he never expected to have. He’s described himself as a complete failure until his late-20’s. By the end of the 90s, he had failed first as a singer and then as a drummer, eventually giving up bands to work as a sound engineer at concerts and build his own studio in New York (quoted from this interview). But that was just the beginning really.

Failure meant do something different. He committed to making music better and consistently challenging himself.

He is real and honest. He hasn’t let fame get to his head. In one of my favorite interviews with him, he shares the value of self-acceptance and failure. He also talks about moving from analysis to action.

I’ve selected some of my favorite quotes from the interview to share with you:

“I know a lot of people who are really talented and interesting but they don’t know failure and I think it makes me different. I wasn’t trying to stick with it until it worked. I’d already accepted it wasn’t going to work.”

I love this quote because it was in the place of surrender where he was open to doing something different. It was after that, that things started working in a way he could not have imagined.

“Why am I not just doing these things I want to do? Why am I sitting around moaning about how things aren’t the way I want them to be when I should just f*ing do it?

David Holmes was a real role model in a way. He just does things. He’s got balls. I was like, ‘I’ll practice with my band for six months before we’ll play a show and you don’t even play an instrument and you’re making your third album! I’m an idiot.

And that was a real epiphany – putting my money where my mouth was. It seems simple but it was revelatory.”

This quote epitomizes the power of action over analysis. Step out of the comfort zone, step toward your dreams, stop whining and do your best to make it happen.

“I realized that all we had to do to be cool was to do what we wanted.” He expresses the freedom that comes from not worrying what anyone else thinks and not trying to please others. This, to me, demonstrates that when you are authentically yourself, you are naturally attractive.

Knowing more about James’ struggles and his dedication to not only improving music but also improving himself makes me respect him and his music even more.

I was completely energized by the music, the band, and the crowd. I danced like no one was watching. I lit up inside and it showed.

All of this reinforced to me the realization that you are not in this alone. The majority of people who have achieved a high level of success have had their share of failures. From those failures, they were invited to explore a new way of being, doing, and seeing.

It also helped me recognize more and more the power of surrender. In that place you open yourself up to new opportunities and possibilities as you release your attachment to the way it “should” be. You start to trust it is all working out in a way that is beyond what you could have imagined. That is where you will experience a new kind of freedom. The freedom to be truly you, to follow what lights you up, and to trust the path ahead of you is taking you exactly where you need to go.

What lights you up? What can you do to tap into that more consistently?

Who do you admire? What is it about them that inspires you? What can you do to put that inspiration into action?

I’d love to hear your answers to these questions. Allow yourself to step into moments of honest self-reflection – that is where the good stuff lies.